Find this article at:
go.ncsu.edu/readext?451026
— Written By Barclay Poling 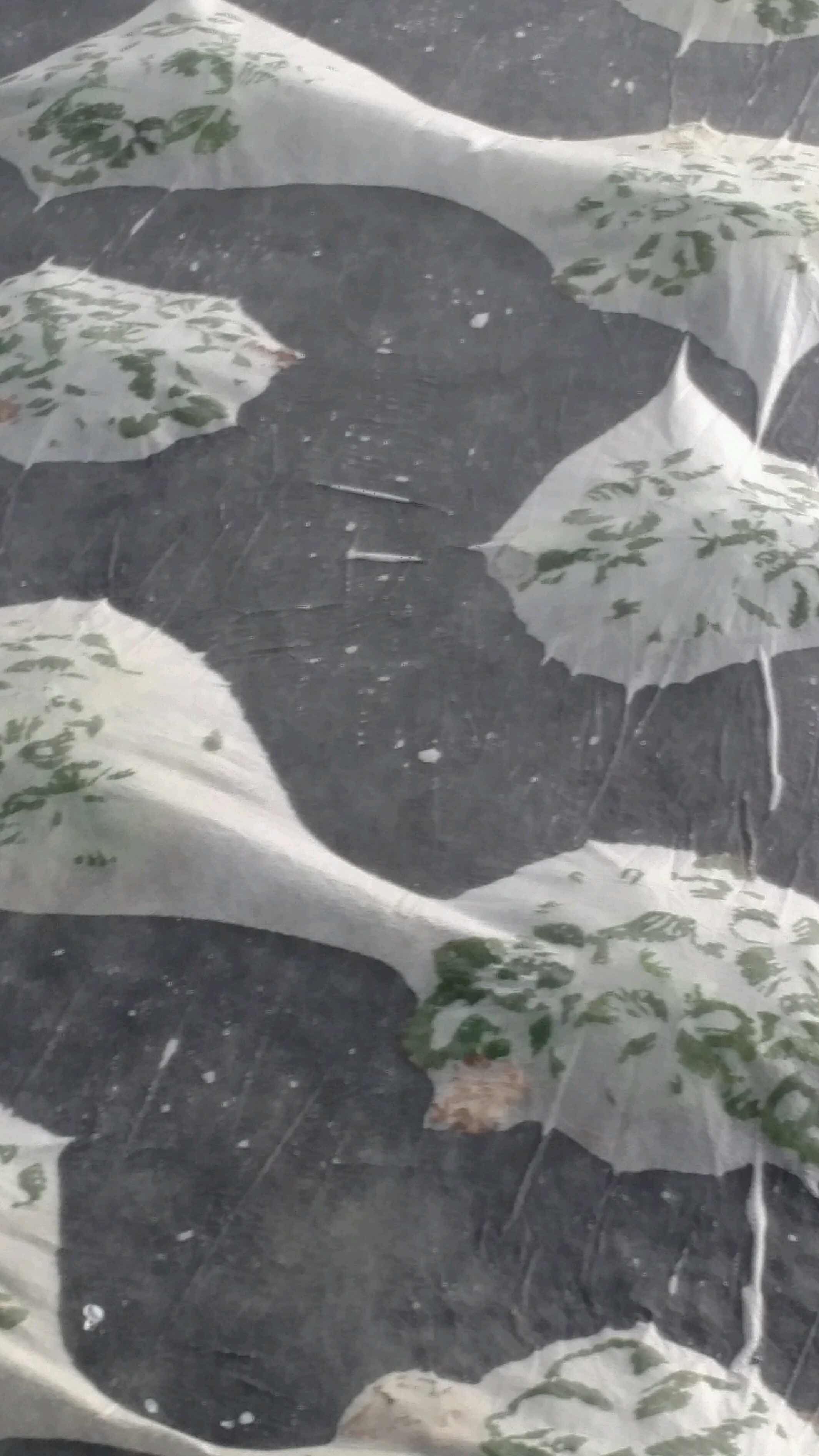 Fig. 1. An important reason row covers did not “take flight” last night across our region was a very timely rain storm that kept the covers grounded (photo credit: Tom Baker, VA Beach). Whit Jones made a similar comment to me this late morning – high winds and rains came through Faison last night, and the wet covers (spread over the field) stayed put! Some growers had their covers rolled up, and  Tom Baker in VA Beach wrote:  “Our covers are at best very damp from almost 0.4” rain last night (almost an inch had been forecast). We do expect frost tomorrow morning. We’re going to pull our damp/wet covers by 4 p.m. so the wind and sunshine can dry them before dark. I remember frost forming under “wet” covers being a danger.Winds are forecast 10 gusting to 20 at 4:00, 7 gusting to 14 at 6:00, with dew point only 26-27. Covers should dry quickly. Thankfully, the wind direction will “help” deploy the covers.

For strawberry grower Eric Hunter, last night was an eventful evening in Easley, SC (read below). Lowel Yoder in Rustburg, VA, just informed me one minute ago that his SkyBit is calling for 21 F, and that they will be doubling up row covers for tonight and the weekend.

Earlier this morning I heard from Ron Cottle down  in Faison, NC, and his  concern was with high winds and “flapping” of covers and potential “mechanical” bruising of canopy and real damage to blossoms.

Of course, what makes all this even more bizarre is the fact that strawberry plants are NOW blooming this much on the 2nd of March!! I am not sure we needed a whole lot of “strategic forcing” this season! Gosh, just a few years ago (at about this time), my wife and I were caught driving back from VA Beach to Williamsburg in a snow storm!

As they say, “It is what it is.”  And, we just need to deal with it. However, I must confess that I don’t ever remember seeing this much extreme weather (especially the extreme heat in Feb as well as all these hail storms), and I have been on this strawberry weather beat since 1980! Please note we are now also looking at serious frost potential even into Sunday morning in many areas!

We are getting a hellacious storm. Haven’t seen anything like this in awhile. We’ve had some pretty serious hailstorms come through. So far smaller than dimes. Thankfully, or hopefully, the covers are protecting everything. Hopefully no further damage to the covers as well. I’ll check once this passes.

It seems our covers protected everything. No damage to the covers either. Thankfully the covers were drenched as 70mph+ winds came through with the hail. Lots of large trees down as well. That was some storm.
Reports of hail as large as golf balls was widespread throughout our area. I don’t know how large it was here as I wasn’t home, but Kristi said most of it was dime size.

SkyBit was in my inbox this morning! Thanks.

(1/2) Do you think its going to frost here tomorrow night? Looking at the wind speed here Friday I think it may be a problem for our row covers.

(2/2) You remember seeing the plants a few years ago, and what the covers did to them with real heavy winds

I have looked at AWIS for Goldsboro over next several days as well as AccuWeather:  here is what I think…winds are probably still up in 15 mph range this morning (and were high last night) with gust as high as 22 mph? Even so, the winds will taper off significantly today and be dead calm tonight. Not a very low minimum tomorrow morning (FR) but I suspect heavy frost potential Friday morning…not so much due to low temp, but the temp in canopy will be low enough for frost to form at relatively high dew points on Friday morning. Then, Friday morning wind direction changes and winds resume and winds may be in upper teens much of afternoon on Friday. Friday night and Sat morning will continue to be windy (compared to night before that is calm) and it will be harder to make frost because of the lower dew points and winds.Goldsboro

To answer your question about the winds, I don’t think they will be quite high enough to cause “mechanical” bruising of canopy and real damage to blossoms, like you did see a few years ago in a situation like this one. When winds get into the 30 mph + category, then we can have potential to do real damage to the crop because of the “flapping” (or, beating) of the covers against the crop. Other than some wind gusts into low 20s this morning (Thur), I do look for winds to subside this afternoon, and then tonight it will be DEAD CALM and conditions will be “right” for frost on Friday morning. A grower has the option of protecting with row cover, or using sprinkler irrigation — if you are concerned about wind damage to crop today, or tomorrow. Myself, I don’t think the winds in the forecast for this location (Goldsboro/Faison) will be high enough to cause the kind of mechanical injury you saw a few years ago.

Winds will be strong again tomorrow during the day (Friday), and it looks like they will stay up through the night and morning. If this is true, and the temperature minimum Sat. morning only reaches about 28-29, then we may have a pretty safe situation (open blooms in absence of ice crystals can handle down to 28 F). However, I am afraid we are looking at potential for a good frost event again on Sunday morning – see the AWIS Goldsboro pdf for hourly details on minimum temps, winds and dew points. Remember, if you do do anything with watering, be sure to consult these hourly forecasts to have some idea on wet bulb temps, and be sure you are running water before wet bulb drops below 33 F.

Regarding Sunday morning, take a close look at today’s Skybit for your farm, and I am guessing that if they are calling for 27 F air temp (at weather shelter height of about 6 ft), it could be at least a few degrees colder down at the strawberry canopy level — maybe 25 F. A single row cover of 1 to 1.25 oz can handle that. But, for growers who may be seeing mid-20s and lower (at anytime this weekend), it is a good idea to double up! If you are headed into low 20s, and do not have extra row covers, then you should be setting up to sprinkle on top of covers as well.

Accurate forecast made from this website on Sunday night:

Forecast discussion day 3 – 5  (1 Mar – 3 Mar) Large swing in temperatures expected from much above early to below normal late in period; likely widespread rain showers/and thunderstorms some possibly severe early to mid period with scattered rain/snow showers late in the period. Early in the period a large warm high pressure system will slowly move east of the region into the Atlantic. At the same time a strong low pressure system will form in the Upper Mississippi River Valley that will move northeast into Canada by late in the period. Early in the period, this pressure pattern will bring a strong southwest flow, temperatures 15-25 F above normal with widespread rain showers developing from west to east. By mid period expect a very strong cold front associated with the low pressure system to sweep through the area. The cold front will bring widespread showers and thunderstorms to the entire region. Some of the thunderstorms will very likely be severe with high winds, heavy downpours and even tornadoes possible. Behind the front expect 20 – 30 F temperature drops to 2- 4 F below normal. By late in the period the rain showers change to widely scatter rain/snow showers. Early in the period expect high temperatures to range from the low 80s in the far southern portions to upper 60s northern sections. Low temperatures ranging from the low 50s in northern sections to mid 60s in the southern sections. By late in the periods expect high temperatures to range from the mid  40s to low 60s. Low temperatures ranging from the upper 20s to upper 30s. Precipitation amounts will likely in the 0.60 – 0.90” range.

Keep checking the OUTLOOK (made each Sunday night)…it’s going to continue to be a roller coaster! 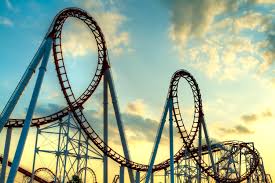 Here is what we expect after March 3

Forecast discussion day 9 – 11:  (7 Mar – 9 Mar) Large swing in temperatures expected from much above early to much below normal mid-late period; widespread rain showers and thunderstorms some possibly severe likely early with scattered snow showers mid-late in the period. By early in the period expect the strong high pressure system to be well into the Atlantic. Once again a strong low pressure system forms in Upper Mississippi River Valley and moves northeastward into New England then very slowly north into Canada by late in the period. By early in period expect a very strong cold front associated with the low pressure system to sweep through the area bringing widespread heavy showers and strong thunderstorms with the potential for widespread severe weather for the entire region. Ahead of the front expect temperatures to be 10 – 20 F above normal. Behind the front expect 20 – 30 F temperature drops to 5 – 15 F below normal. By mid period the rain showers linger and change to scattered rain/snow showers. Very early in the period expect high temperatures to range from the mid 70s in the far southern portions to upper 60s northern sections with temperatures dropping rapidly from west to east. Low temperatures ranging from the low 50s in northern sections to mid 60s in the southern sections. By late in the periods expect high temperatures to range from the upper 30s to low 60s. Low temperatures ranging from the mid 20s to upper 30s. Precipitation amounts will likely in the 0.75 – 1.20” range.