Find this article at:
go.ncsu.edu/readext?416987
— Written By Barclay Poling 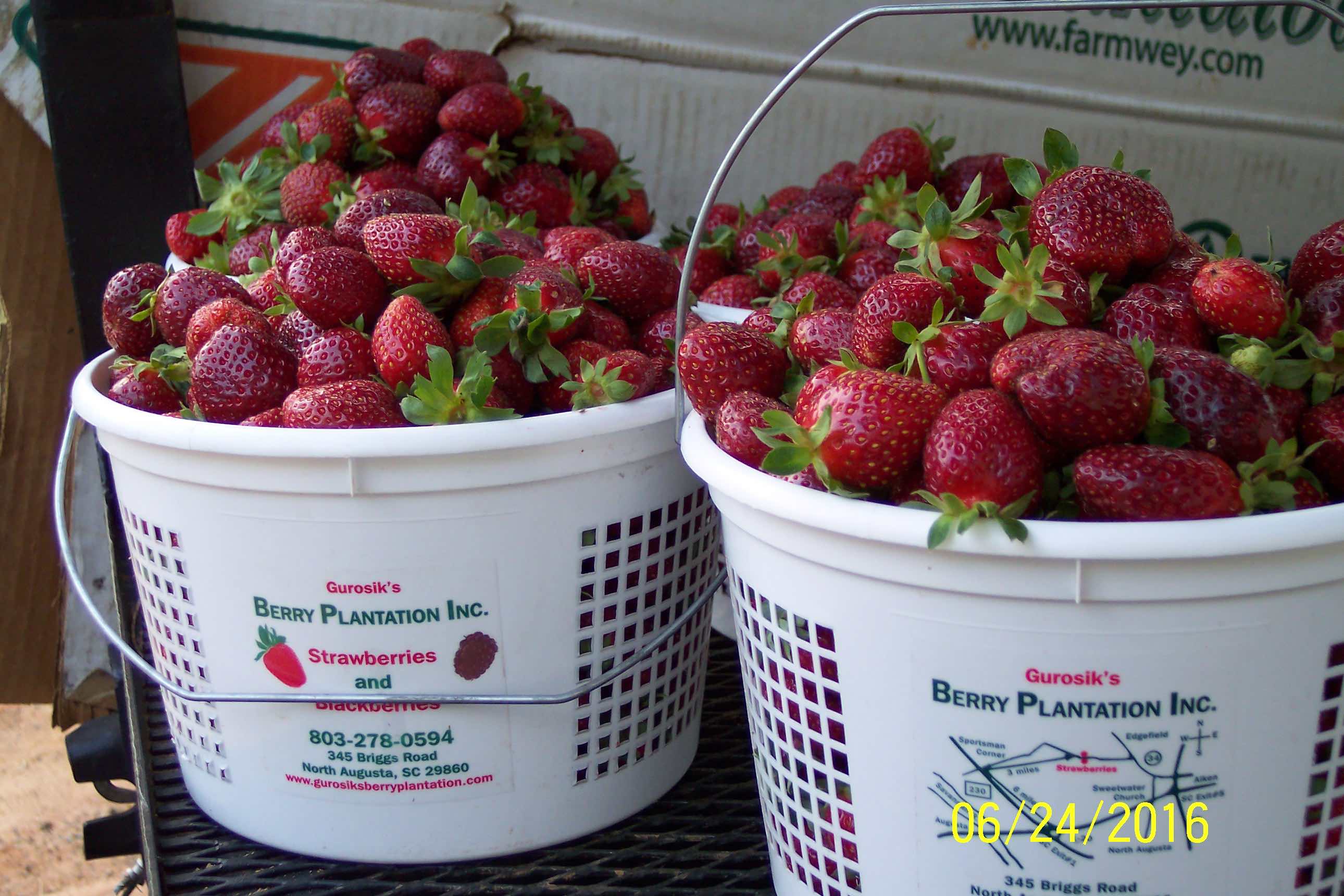 Believe it or not, there are still some growers in our region who were still picking Camarosa strawberries into late June (see Fig. 1), and I am aware of a few growers in the northern piedmont of NC as well as Central Va who are till picking some day-neutrals! I wish them well in their quest to make it all the way to the 4th of July! These particular growers may be interested in knowing that for the  next  two weeks (29 June – 10 July), the weather pattern is favoring near to slightly above normal temps with near to slightly above normal precipitation. But, then things may turn much above normal for temperatures, and that should pretty well do it for the 2015-2016 season!

If you are growing a cover crop now on land that is for strawberries in the fall, it may be useful to know that the second half of July could be on the dry side – please refer to the Week 3-4 Outlook maps for temperatures and precipitation. Also, I know that a number of growers  begin preparing the soil in late July so they can shape beds and fumigate in early August. If July becomes unusually dry, they may be forced to irrigate overhead to get the land ready for chisel plowing and sub-soiling.

Here are some excellent shots from Clyde Gurosik that were taken just today (below). For the first photo, Clyde writes: “Plastic up early 6/26/16,” and for the 2nd shot he says,”Clean Field Ready for Discing @ noon 6/26.” 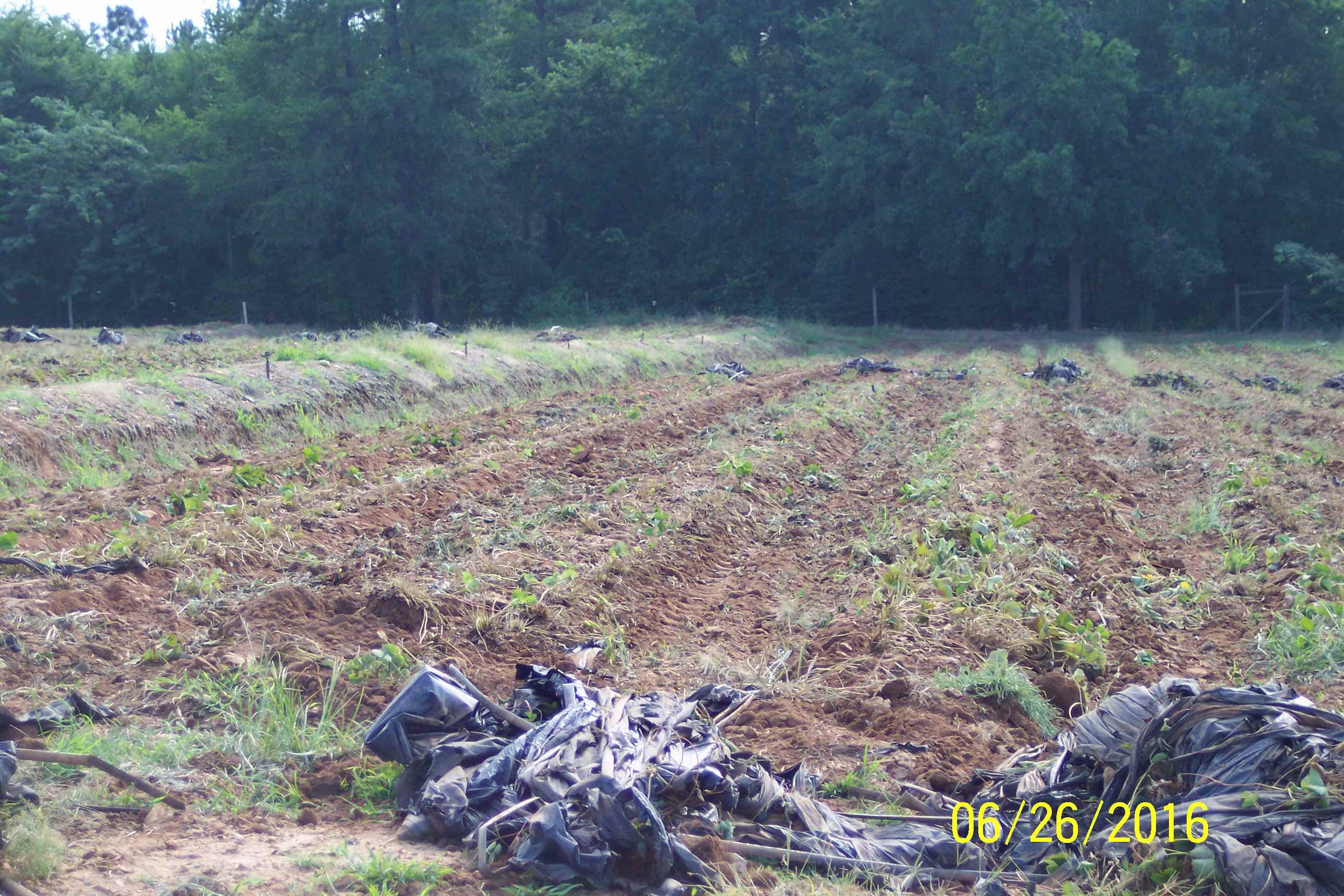 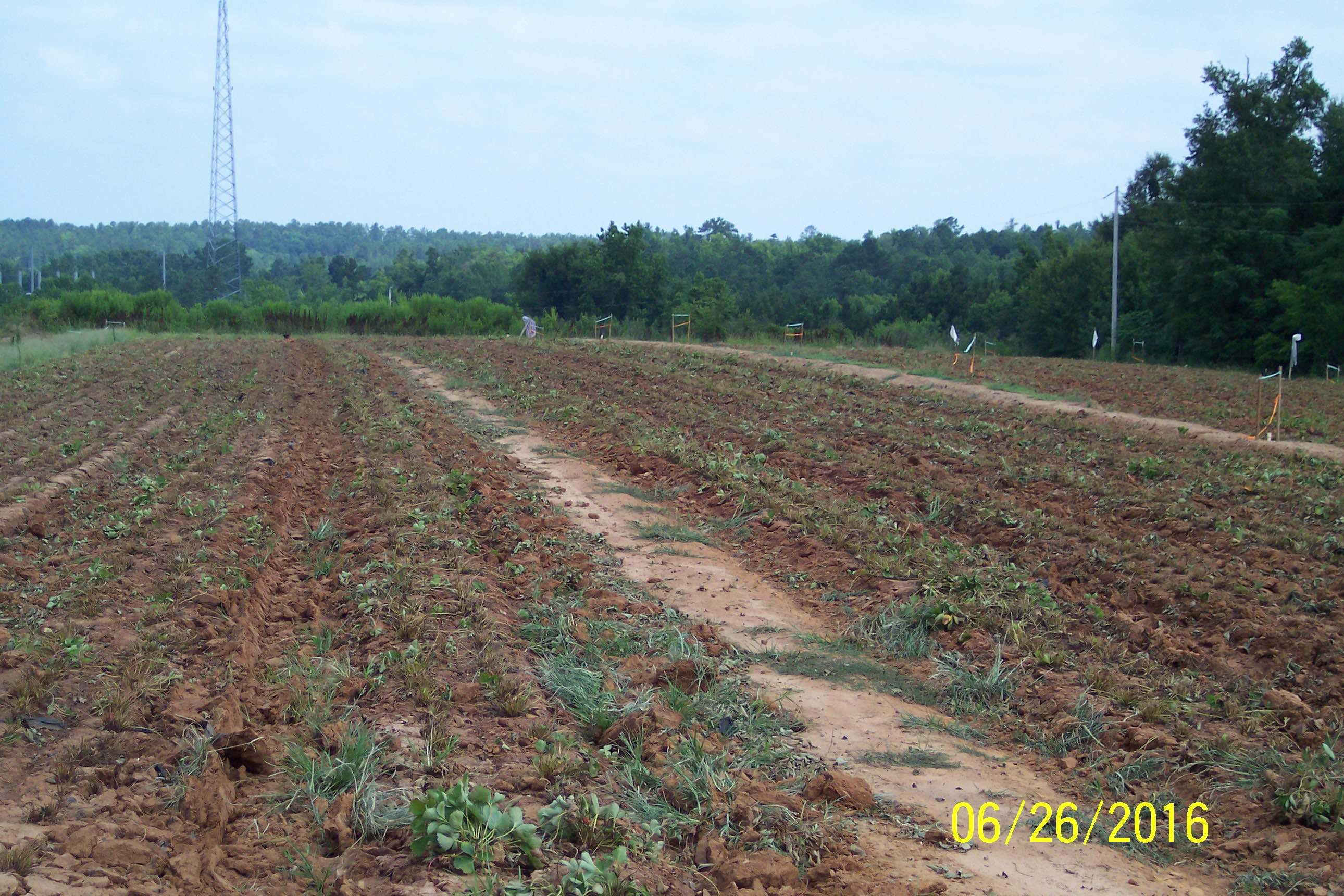 Well, this is our FINAL “30 Day Weather Outlook,”  for the 2016 Strawberry Season. We have been providing these weekly outlooks every week since early January! I know that the meteorologists who have been helping me with these outlooks all season long are now ready for a well-deserved break!

I will be publishing a list this week of all the growers and industry members who provided financial support for this service. My sincere thanks to each of them!

Forecast discussion day 3 – 5  (29 Jun – 01 Jul) Temperatures near normal entire period; dry early, then a slight chance of showers mid period, more widespread showers late period. A high pressure system west of the area will lead to mostly clear skies and dry conditions with near normal temperatures early in the period. By mid to late period a weak warm front is expected to form along a west to east axis in the center of the region bringing more clouds and showers to much of the region. Expect high temperatures to range from the low to mid 80s. Low temperatures will be slightly above normal ranging from the mid to high 60s. Precipitation amounts will likely be in the range of 0.10” – 0.40”.

Forecast discussion day 9 – 11:  (05 Jul– 07 Jul) Temperatures near normal; with scattered showers for entire period. As a warm and humid airmass remains over the area, showers are expected during the duration of this period. Expect high temperatures to be near normal ranging from the mid to high 80s. Expect low temperatures to be above normal ranging from the low to mid 70s. Precipitation amounts will likely be in the range of 0.20” – 0.40”.

Forecast discussion day 12 – 14:   (08 Jul – 10 Jul) Temperatures near normal; with scattered showers early and widespread showers late in the period. A cold front will bring precipitation to the area as well as near normal temperatures. Expect high temperatures to range from the high 80s to low 90s. Low temperatures will be above normal ranging from the low to mid 70s. Precipitation amounts will likely range from 0.20” – 0.50” with higher amounts possible. 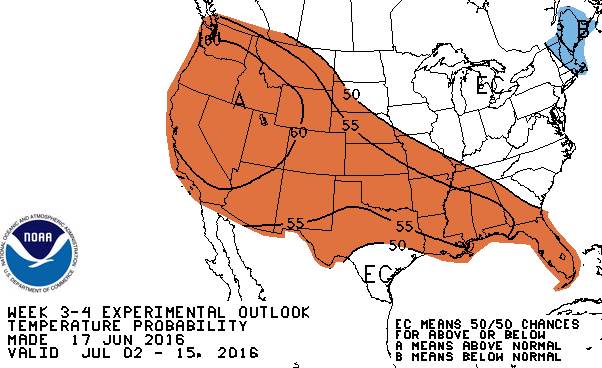 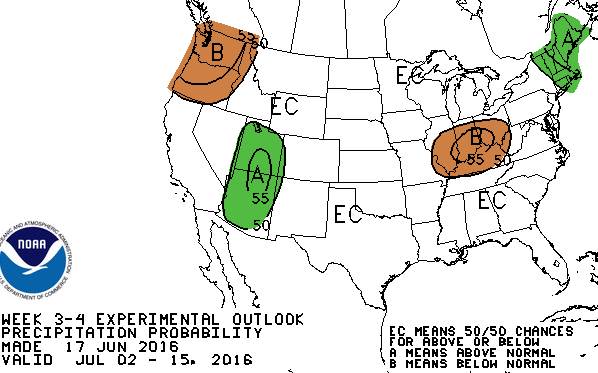