Find this article at:
go.ncsu.edu/readext?404844
— Written By Barclay Poling

It should prove interesting today to find out what areas may have had a good frost this morning? 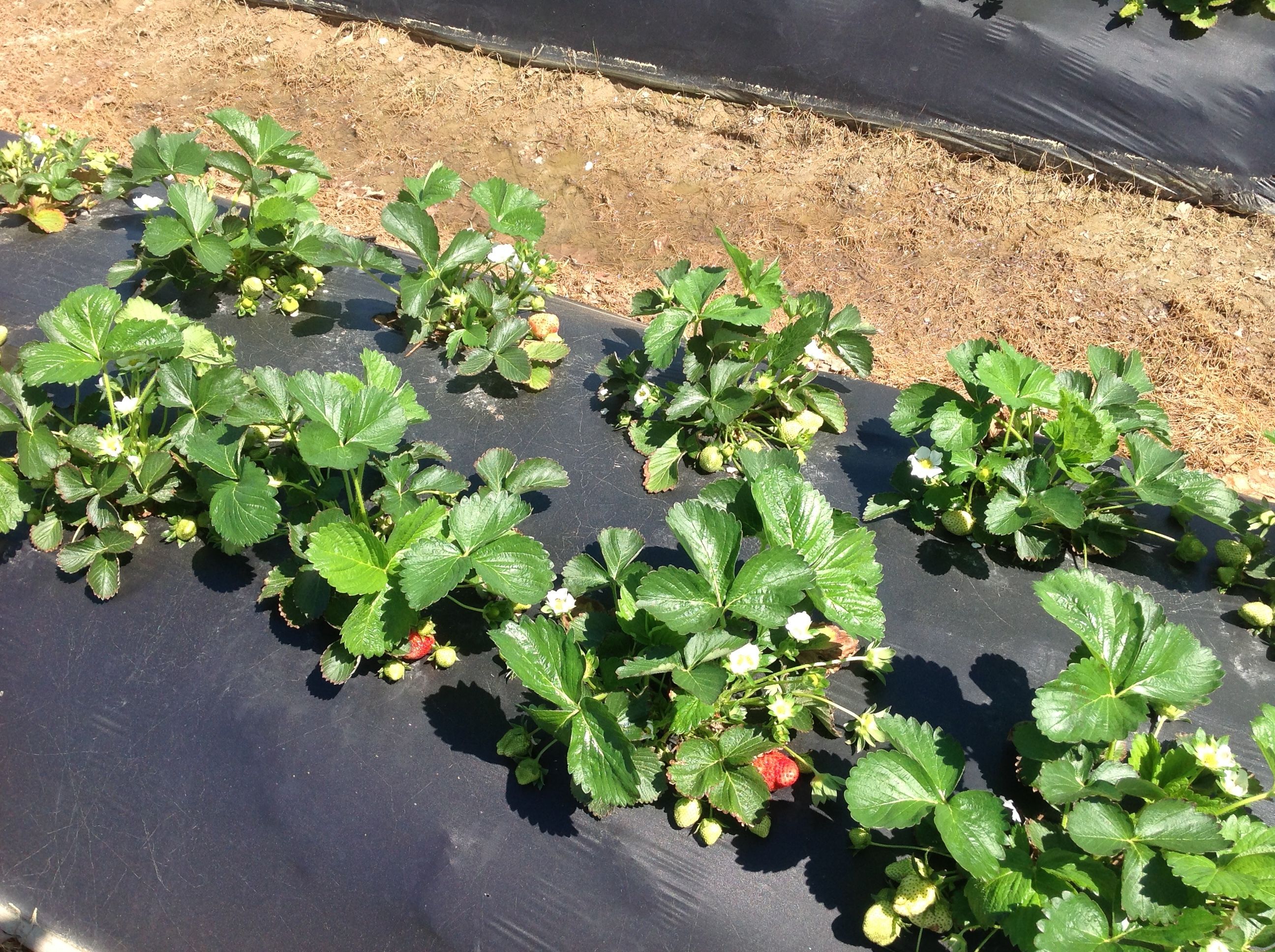 Crop ripening at Clayton is now on faster track than a week ago!

The last time I updated my Growing Degree Day accumulations for Clayton Central Crops was one week ago (3/23) and from 1/1/16 – 3/22/16 this location had 264 GDD units. Also, I made a projection last week that the first “real harvest” of Camarosa would be around April 24-25 (assuming that real picking would begin at about 500 GDD units), or a little more than 3 weeks from now. However, when I keyed in all the new forecast numbers this morning for this location, I saw that we will pass the 500 GDD mark on April 15-16. 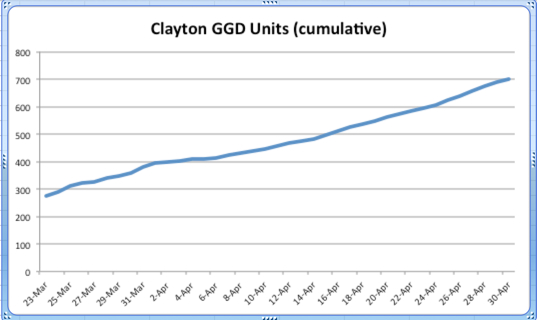 Fig. 3. An updating of GDD numbers this morning for Clayton indicates that harvest of Camarosa may start in mid-April, and not around April 24-25 (as estimated last week). 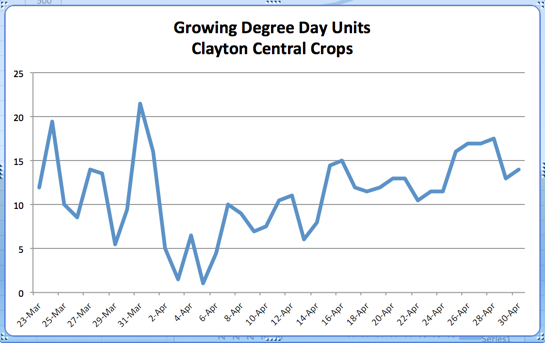 Over the Easter weekend I received a report from a grower in the Sandhills that they were now underway with Sweet Charlie picking. Last evening (3/29) I also received this photo from a strawberry farm in Monroe, NC (near Charlotte) of Sweet Charlie (Fig. 5). 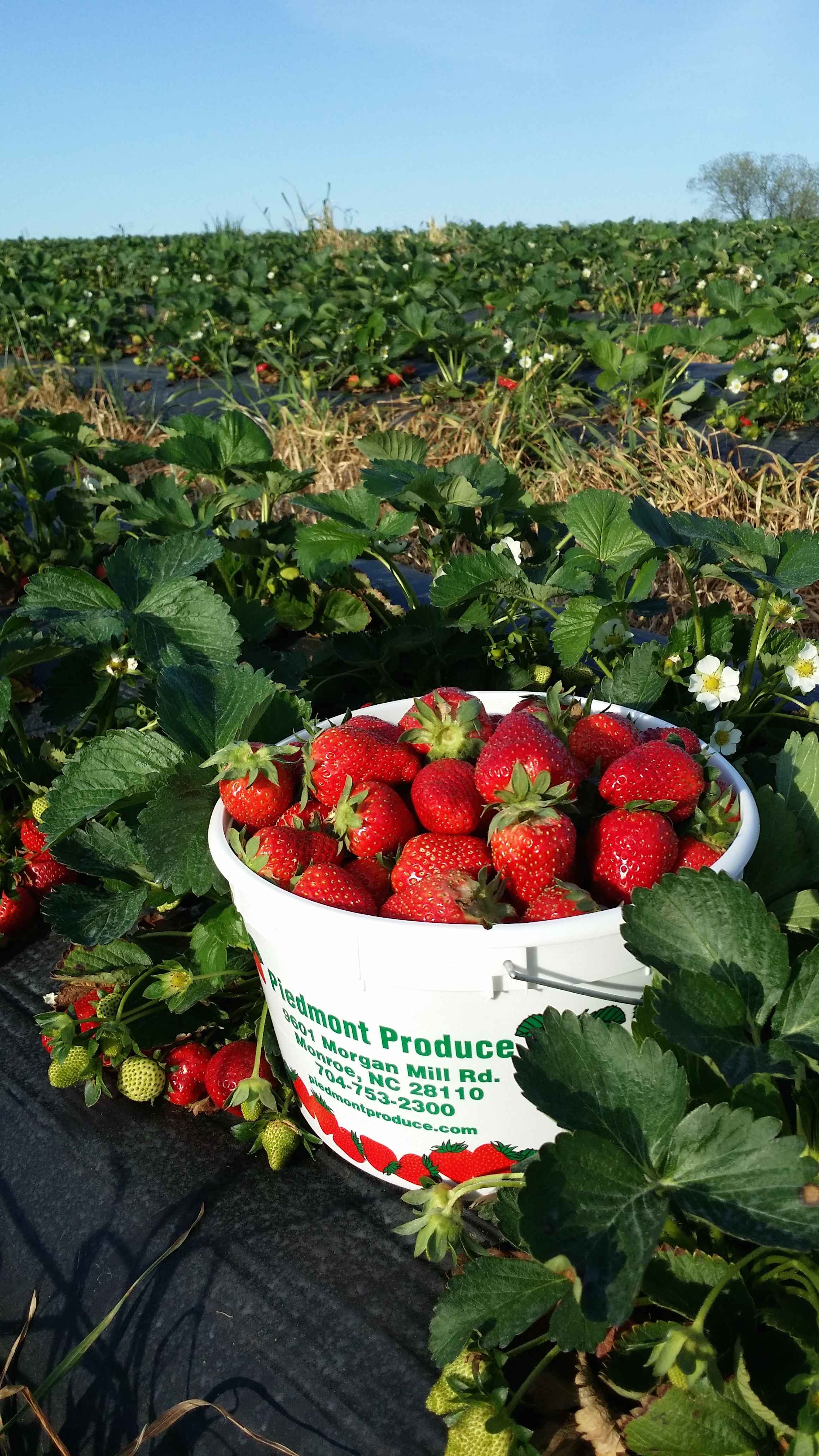 Fig. 5. This photo was sent last evening by a grower in Monroe, NC. The producer wrote:  “We started picking last Saturday. Beautiful Sweet Charlie ‘s. Heat units matter. Thanks for the assistance.

We are going to be enjoying another excellent day of weather today across the region, but the forecast is changing to RAIN by Friday. Clayton will have about 3/4″ on Friday and another 1/4″ Sat.

9:25 a.m.  – call from Pungo,VA (Tom Baker). Tom manages a location over in Chesapeake, and has informed me just now they had a pretty good frost at that location this early morning, and over at Pungo site it was incredibly borderline, but no frost at home farm. But, even at home farm where they did not pull covers last night, he could feel the frost in the rolled up row covers in Pungo (there was dew on car roof that froze, and then had frost on top of that in Pungo – formed very suddenly at 7 a.m.). Over at Chesapeake, they made a decision to pull covers last night at 6 p.m. even though AWIS was saying Chesapeake would have a low of 38 F (see below – it was 36 F air temp this morning). Grower was very pleased they thought to pull at Chesapeake, which is the colder of the 2 locations they farm. It was also interesting to note that the lay flat line in the Pungo field had dew, but no frost. No frost on strawberry plants. He could see patchy frost around the field. Looks like Tom guessed right on which farm to pull covers! 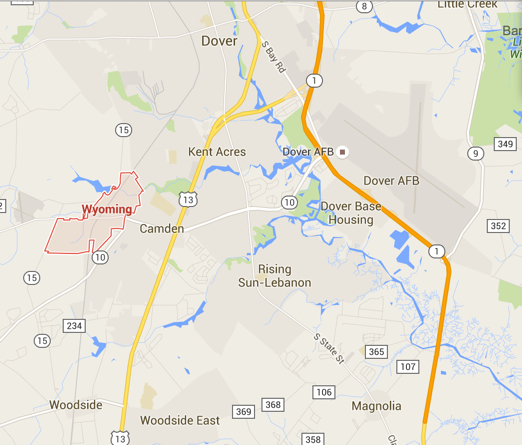 We had frost (not heavy) In Wyoming, DE this morning. Started water around 240 at 36F and just shut down. Low of 33.
Virginia Locust Grove 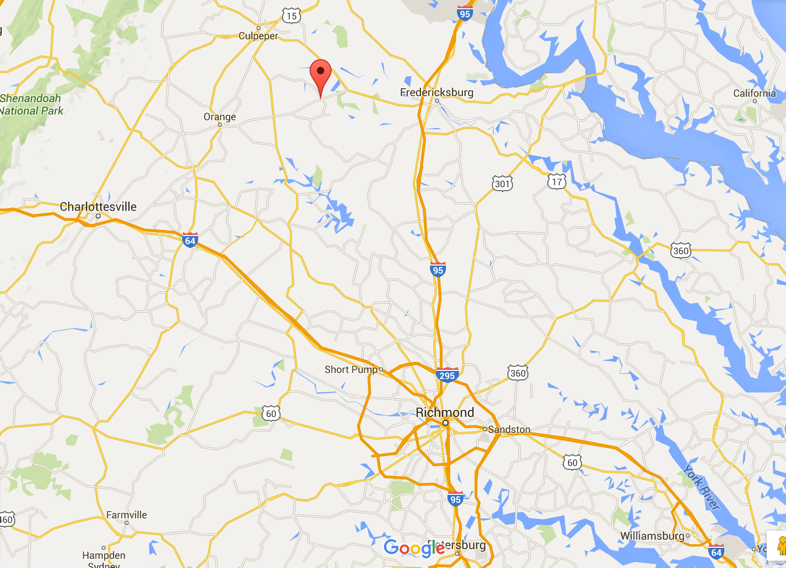 We had 31 degrees at canopy level this morning, with frost. We are at 402 GDDs  with projections for 540 by April 15. We should be picking by then; about 2 weeks earlier than usual.
Rustburg, VA
Howdy Sir. We were covered up last night. Decent frost in low lying areas and found a few “nipped” blooms at lowest areas of the patch on row ends. A few where covers didn’t reach and a few blooms that had made contact with the cover. I saw an air temp of 33.6.

Overall plants are looking nice. 12-20 blooms on the chandlers. Day neutrals are pretty and hoping to see the first Sweet Charlie’s before April 15.

Here’s hoping everyone has a crazy good year!