Find this article at:
go.ncsu.edu/readext?393204
— Written By Barclay Poling

Dear Growers, Agents, Agronomists and Others,

There is now more consensus on the general temperature and precipitation forecasts for the next 30 days. In general, there will be above average temperatures in our growing region through Feb 3, then much colder starting on the 4th. Initially temperatures drop to near normal for a couple of days or so, then drop further to about 10 F below normal. Expect temperatures to stay below normal for a few days before rebounding back to near or slightly above normal. Just below, please note that at Clayton, Central Crops, we will drop on Feb 4th to a minimum of 42 F in canopy, and by Sat Feb 6th, it will be 24 F.

Fig. 1. Next Saturday morning the minimum temps across NC will be sharply lower than during the week this week.

It is expected that this basic cycle will repeat every 3 – 5 days through February. We expect above normal precipitation. We also expect temperatures to be below normal from Feb 4 – 29. We have high confidence of this from Feb 4 – 14 as supported by the latest dynamical model forecasts and the CPC  8 – 14 Day Outlook probability forecasts (Fig 2).

Fig. 2. Latest CPC  8 – 14 Day Outlook probability forecast. There is a high probability for below normal temperatures in the eastern half of the US. However, we wish to emphasize that we don’t see any temperature extremes similar to what we saw last year (2015), and expect there will be a day or two when temperatures will go above normal during the period.

2nd half of February

During the second half of the month, it is still appears to favor a colder than normal pattern. The extended forecast model runs for the end of the month show a similar pattern to last year, but not as cold in the eastern US. Note the Climate Predictions Center’s 15 – 30 Day Temp outlook Map (Fig. 7), shows equal chance for an average of above or below normal temperatures for later half of Feb. But this does not rule out a short surge of very cold arctic air at some point near the end of February.

To sum things up, the next 30 days look to be a period of colder than normal temperatures, but on the whole not as cold as last year. It will be an active weather period with low pressure and cold frontal systems moving through the area every 3 – 5 days. As the weather systems move through the region, they will produce periods of warming and  precipitation ahead, so expect overall above average precipitation amounts, then a longer duration colder period after the cold front passage. 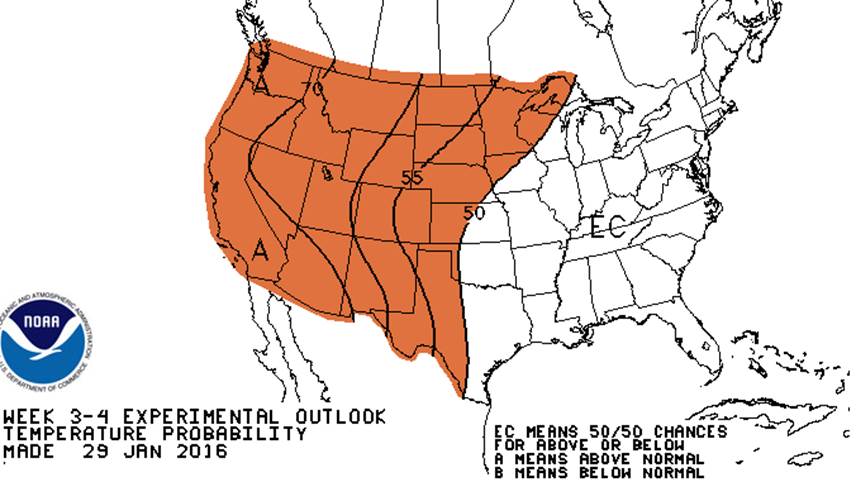 Fig. 7. Valid for 13-26 Feb – Temperature probability. Note: there is an equal chance for an average of above or below normal temperatures for later half of Feb 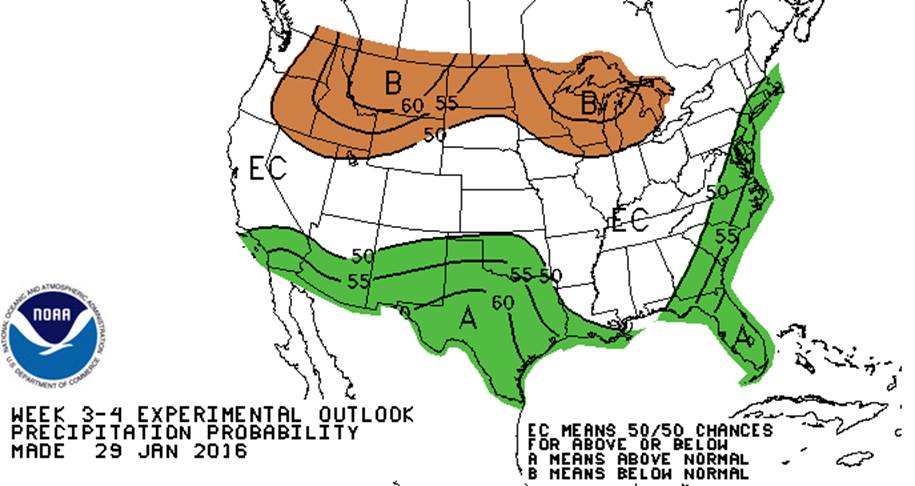