Find this article at:
go.ncsu.edu/readext?353041
— Written By Barclay Poling

I just heard from a MD grower today who had hail damage yesterday, and is now looking at frost on Thur and Fri  morning in his section of MD (close to DC)! That is about as bad as going from a frost one morning to a heat wave in just 24 hours! And, according to AWIS and SkyBit, there is a good chance of frost in many areas of Maryland for potentially 3 mornings in a row (starting Thursday morning). 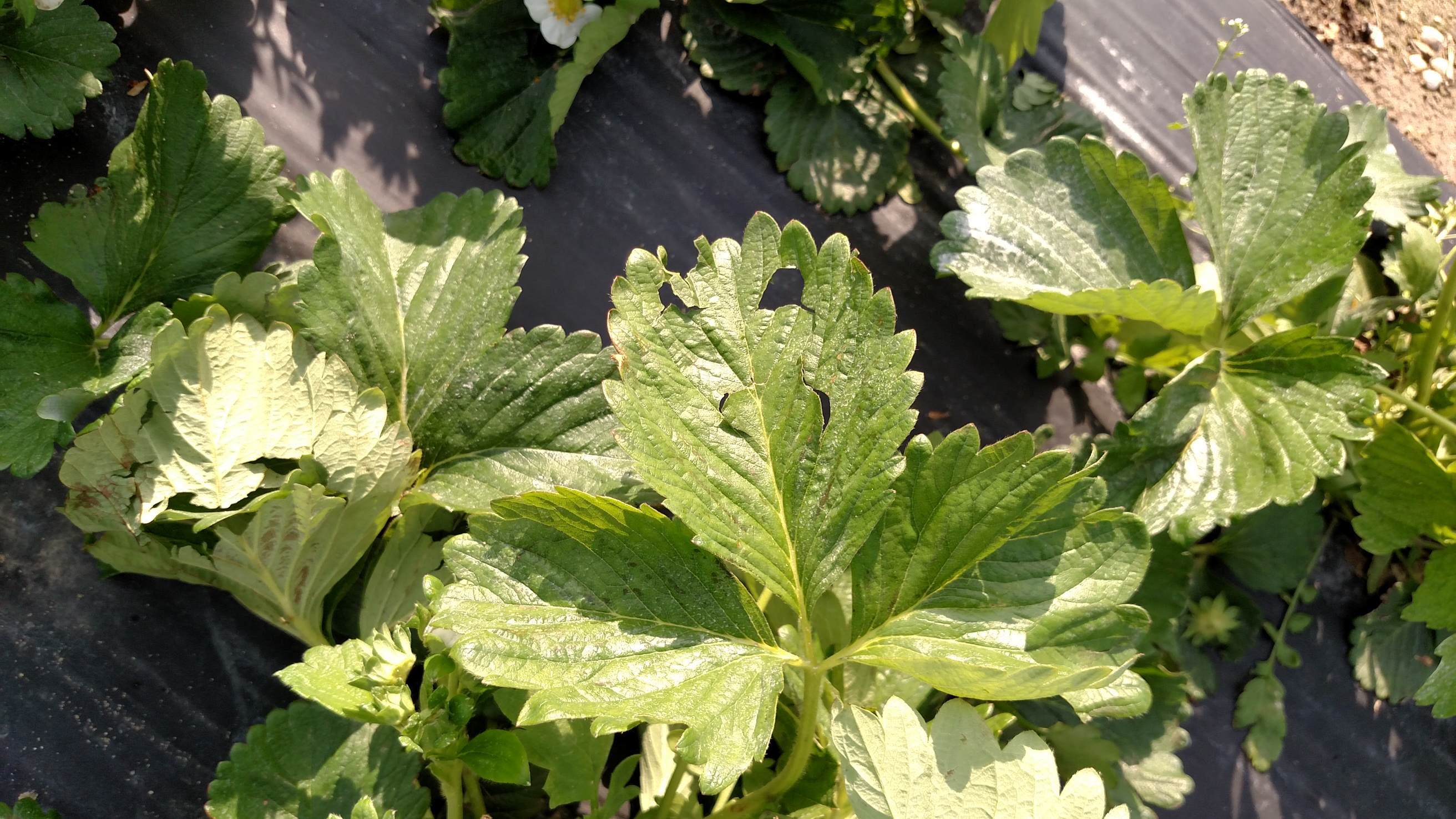 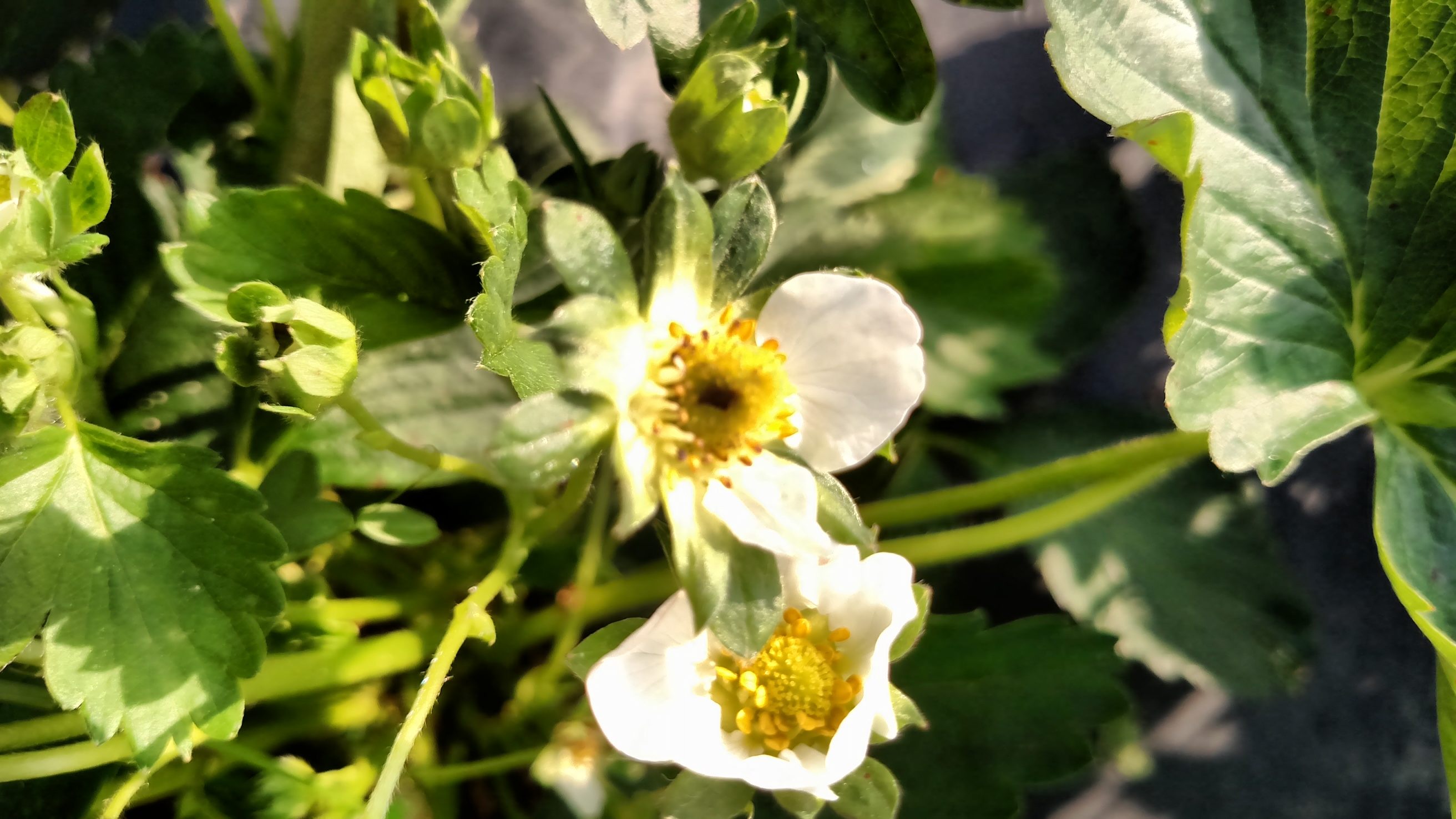 Figs. 1-2. A hailstorm in MD caused damage to plant canopy and blooms yesterday. 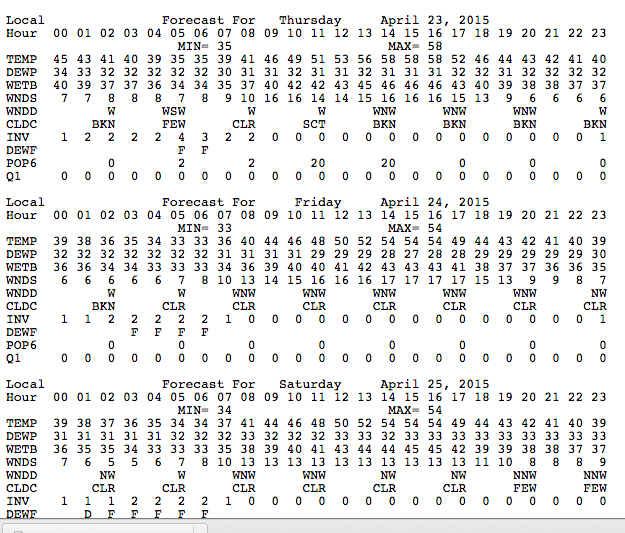 Table 1. In areas like Frederick, MD, there is potential for frost 3 mornings in a row!

Maryland growers will want to check the AWIS 10 day hourly forecast for a location near them:

What about Western NC?

The forecast for frost later this week in MD led me to investigate what might be happening in NC, and sure enough, there is good chance of FROST in our  upper mountains of NC this Friday morning (4/24): 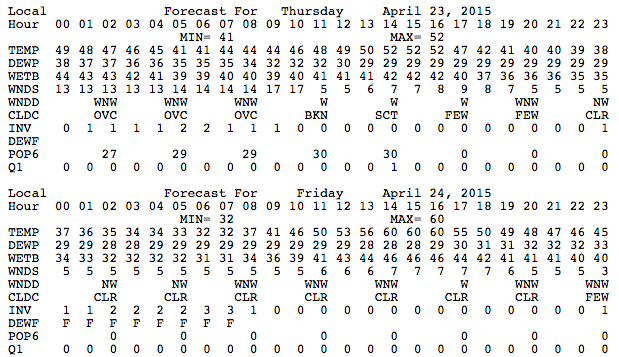 Fig. 3. There is risk of frost on Thursday night/Friday morning in the upper mountains. Here are the actual minimums for the next 7 days across NC: AWIS NC Apr 21-28

Let’s look first at the AWIS minimum temp maps for VA (and Mid-Atlantic) for Thur and Fri:

Clearly, there is potential for frost in many western VA locations on both Thur and Fri – just look at all those lows in the low 30’s! 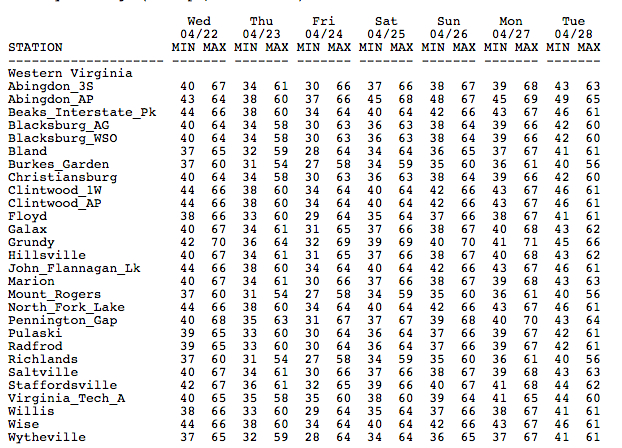 And, in Central VA it will be very chilly on Thur and Fri mornings as well! 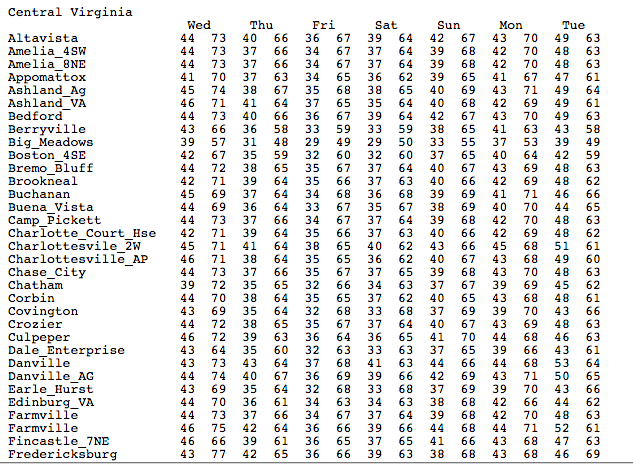 Virginia growers in western and central areas with minimums in mid 30s and lower will need to carefully monitor for potential frost on Thur and Friday mornings – here are the statewide minimums: AWIS VA Apr 21-28

A little later this evening I will post an advisory on dealing with hail damage.